LACROIX Electronics
Go to the smart blog
+
Our activity

MM Spa is a state-owned engineering company owned by the municipality of Milan. As an internationally renowned company, MM is involved in designing and modernising urban ecosystems. The company was originally founded in 1955 by the municipality of Milan to design and build the city’s first metro rail lines. Since then, it has been involved in the construction and management of Milan’s major infrastructures.

The company is thus responsible for the entire water cycle of the city. In terms of drinking water, MM manages the production plants and the water supply network for two million users. As for wastewater, the company manages the 1,500 km waterway drainage network, the wastewater collection system as well as the three wastewater purification plants in the city. Each year, 290 million cubic metres of water is discharged into the sewer system, which needs to be continuously monitored.

MM is committed to the hydraulic defence of the city

Due to its geographical location, Milan has a very high risk of flooding. The riverbed of the Seveso ends in the centre of the city and has to flow through underground canals. During heavy rains, a large amount of water must be drained. The city thus has to be able to rely on an efficient drainage system which is continuously monitored to prevent surface flooding and alert the water service civil protection teams. Milan is aware of the major challenges which need to be addressed and is part of the 100 Resilient Cities programme pioneered by the Rockefeller Foundation.

Milan’s extensive sewer system is remotely managed by 350 SOFREL LT-US data loggers which continuously monitor the flow rates and water levels. They send alerts in the event of any serious problems in the collection system. Data is regularly sent to the SOFREL WEB LS web server which consolidates the information from all the data loggers making it possible to analyse the network’s behaviour. 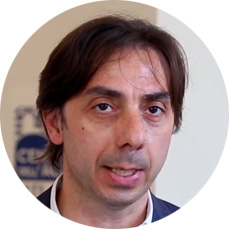 We are in the process of converting all our networks, both aqueducts and sewer systems, into smart networks. They are able to perform self-diagnostics and provide operational data 24/7. Thanks to the alert systems, any potential problems can be pre-empted.